On this website, we want to give you a simple overview of the diversity of the Cobi Toys world.

This page will continually expand and grow. Some sets are still missing, but we will try to complete them as soon as they are available. It’s a fluent process.

It can also occur that we use early render images, these will be exchanged as soon as the official data is available.

If you have any suggestions or improvements, send them to us using the contact form.

Best-Lock was founded in 1997 by Torsten Geller after he looked into the legalities of Lego and other Kiddicraft clones, which led him to look into Lego's past to find that Lego had copied their bricks from a British psychologist and inventor Hilary Page in the 1940s. Best-Lock has been involved with multiple legal cases involving Lego. The company moved in 1998 against Lego's exclusivity claims to toy-block design. Best-Lock won the case in court thus allowing them to sell sets in Germany.

They defeated a patent challenge from Lego in 2004.

In a further case in 2009, Lego was denied trademark protection for the shape of its bricks. Best-Lock and Cobi, a Polish building block manufacturer with a strong presence in Eastern Europe and Asia, announced a merger on 2 February 2006, in which Best-Lock purchase a part of Cobi. Plans called for Best-Lock to shift manufacturing to Cobi while Cobi expanded its manufacturing facilities. The merger has since yielded co-branded building block toys. Toys are still sold under the separate labels Best-Lock and Cobi, but many Cobi sets appear in North American retailers such as Toys R' Us and Amazon.com under the Best-Lock brand. In 2000, Lego filed a three-dimensional trademark for its mini-figures, which Best Lock had duplicated since 1998. Thus in 2012, Best-Lock sued to get the trademark revoked. On 16 June 2015, European Court of Justice upheld Lego's figure trademark. 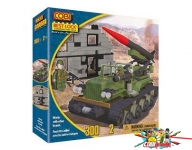 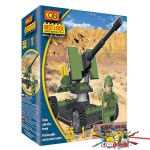 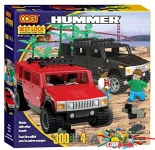 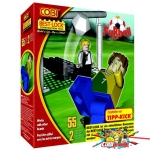 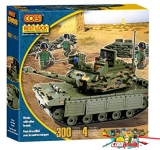 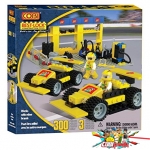 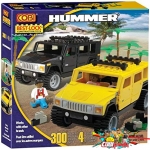 © 2007 - 2020 COBIpedia.com
This website is not part of COBI SA, we were only provided with images. We want to support the COBI community with this website.
This website does not use affiliates.